Anaesthesia as a means to modulate postoperative cognitive alterations 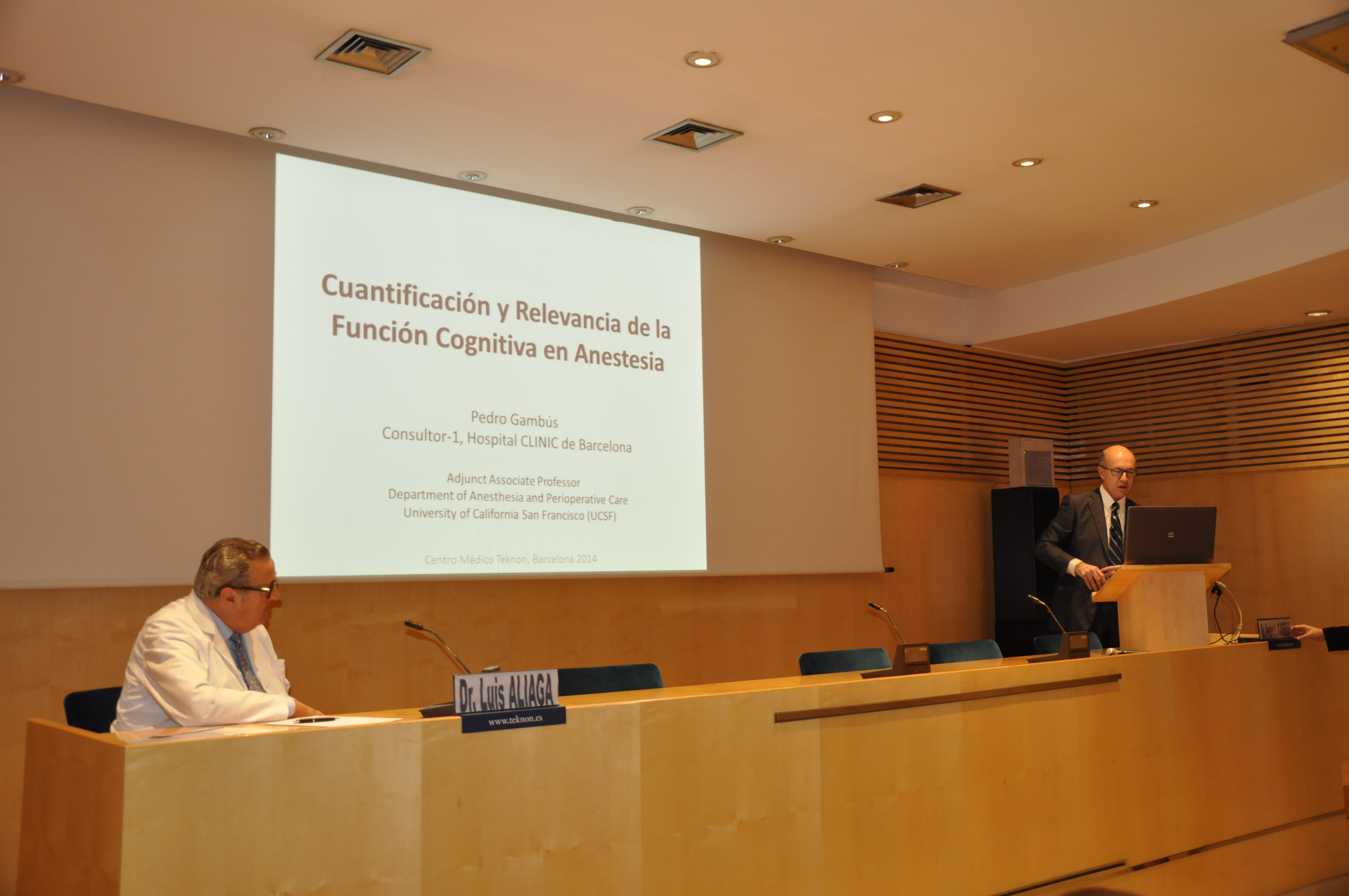 The Symposium on anaesthesia, surgery, and postoperative cognitive alterations, held on the 28th of May 28 at the Teknon Medical Centre, explored a new line of work in anaesthesiology, on the repercussions that occur in the body after a surgical procedure. Specifically, Dr Pedro L. Gambús, of the Anaesthesiology Service of the Clinical Hospital of Barcelona, concluded that “anaesthesiologists must consider themselves specialists in modulating and minimising alterations induced by surgery and in this particular case on the cognitive function after surgery through the use of drugs or other alternatives”.

During the Symposium, organised by the Anaesthesiology Services of the Clinical Hospital of Barcelona and of the Teknon Medical centre of the Quiron Hospital Group, with the collaboration of Inibsa Hospital and Piramal, the need was revealed to continue with new studies on the impact on the cognitive field and the immune system triggered by a surgical procedure. According to Dr Gambús, so far studies have been conducted with animal experiments but more extensive research is also required with real life patient cases in order to go forward.

On the other hand, Dr Luís Aliaga, director of the Anaesthesiology Service of the Teknon Medical Centre, pointed out that postoperative cognitive disorders have a greater incidence in the population of elderly people and that the alterations that may occur can be short term and to a lesser extent long term.  Specifically, Dr Gambús counted that approximately one case of long term postoperative cognitive dysfunction occurred (6 to 12 months after the intervention) in over 10% of the patients, a relevant figure if one takes into account that each year a total of approximately 200 million surgical operations are carried out in the world.

Attendance of Professor Mervyn Maze to the Symposium

One of the most relevant figures worldwide participated in the seminar on postoperative cognitive dysfunction, Professor Mervyn Maze, of the department of Anaesthesia and Perioperative Care of the University of California, in San Francisco, UCSF. Professor Maze participated with the presentation “Postoperative Cognitive Decline: Why does it occur and what can we do about it?”. He presented the work done that has helped link the onset of this disorder with an imbalance in the mechanisms of resolution of inflammation required for the healing of any aggression to the organism. A new vision that will change the perspective of anaesthetic care in surgical patients in the near future.